After Whipple Surgery at world renowned Johns Hopkins in Baltimore, Maryland. I was there for Three weeks.

Art and Healing.  Powerful passionate works for me.  I’ve been teaching art and healing for over 20 years.  I’ve been making art for over 40.  But not until this year, did I personally feel the terror associated with a serious health scare.  2017 was a tough year, but I was able to forge a deeper relationship with my art and healing practices.

During this time, I got a call from Matthew O’Leary of Jasper Magazine.  Jasper Magazine is the love child of Cindi Boiter and provides unmatched coverage of the greater Columbia arts community, and has inspired collaboration and growth both between and within artistic communities including dance, film, literary arts, music, theater, and the visual arts.  Honored to receive Matthew’s call, but unsure if my unreliable physicality and my “anesthesia brain” would allow me to articulate my thoughts clearly.  I didn’t realize how a hungered for this conversation on art and life and healing and writing and death and living… We were kindred spirits who spoke the same language.

I hope you enjoy his article.

I want to thank three wonderful creatives that live in my community.  You can read more about them at the end of the article.

Alexis Schwellier– Your photos caught the magic of the studio and the rich vibrant color of my work.  Thank you for sharing your talents with me!
Cindi Boiter – Thank you for this opportunity and for all that you do to share the arts with Columbia!  The Jasper Project is an incredible asset to our creative culture!  You help make our art community strong and vibrant.

The Art and Healing of Heidi Darr-Hope

There probably aren’t a lot of people who can claim to have been saved by a ruptured appendix, but when artist Heidi Darr-Hope checked into the hospital last October for abdominal pain, the diagnosis was that she had been walking around for days with a ruptured appendix. The doctors performed their tests before treatment. During an endoscopy, they noticed something concerning. On her pancreas, there was a cyst. It was the beginning of a pancreatic cancer.

I know more than I would like to about pancreatic cancer. If caught in its earliest stages, it has a 15% five year survival rate. Once someone starts showing symptoms, like my mother did when she began experiencing sharp pains in her abdomen, the doctors don’t talk about stages. They talk about time, and not much of it. Three months after her first doctor’s appointment, my mother was dead. The discovery of Darr-Hope’s neoplasm was nothing short of luck.

My Vista Studio in Columbia, SC

She’s in Baltimore recovering from the cyst’s removal in June when I first get in contact with her. It takes a few weeks for her to get back home to Columbia (the recovery takes a little longer than expected). But when I meet her at her studio inside Gallery 80808, she’s nothing but energy. She’s excited to talk about her work, and keeps apologizing to me for her enthusiasm.

Her recent health troubles, as well as other stressors like the 2016 election, has led to her most recent work to start from a (literally) darker place than ususal. Before she begins bringing her work to life, she paints the canvases black. Then the positive energy starts to emerge. From the center of these dark voids bloom plants, hybrids of petals, leaves and peacock plumage in reds, yellows, blues, and greens. Hiding behind them are frames made of white cursive, words upon words. “We held a place for you a place of peace” reads the tiniest fraction of text.

These most recent pieces are from a collection she calls “From Darkness Into Light,” a collection that would undoubtedly be less sparse if not for her hospital stays. The dichotomy of darkness and light is a running theme in Darr-Hope’s work: twisting dreams out of the “incredible, repetitive nightmares” that sent her digging into the works of Carl Jung. She had long been an artist, having an MFA from the University of South Carolina, but it was her determination to interpret these visions that set her on her path.

Her level of expertise has required a process. The artist first visited apocryphal Columbia bookstore The Happy Bookseller, back when it was still in business, and got a copy of Peter London’s No More Secondhand Art, described as “using art as an instrument of personal transformation”. She became active in Very Special Arts (now just VSA), a program in SC Arts Commission dealing with children, youth, and adults with disabilities. She worked with the SC Cancer Center at Palmetto Health. All the while, she was building her own family. She’s been married for 40 years, has two children, and three grandchildren. They all live in Columbia, and are all supportive of her art.

Art as Healing. Mandala of Survival

Going after cancer was a natural venture long before her diagnosis. Her little brother had died at age six from the disease. She was only eleven. Grief counseling was not yet as widespread as it is today, so she and her family were left to just cope. But while grief groups are fairly ubiquitous, and can be found anywhere in the vicinity of a hospital, everyone grieves in a different way. Not everyone gets solace from sitting in a circle and talking. Some people want to express themselves wordlessly. And Darr-Hope’s preferred starting point is the mandala.

Literally translated from Sanskrit as “circle”, a mandala is a ritual symbol often used by Buddhists and Hindus. The definition is fairly broad, but imagine a circle surrounded by four sides, and fill in the rest with your imagination. Christians have their own version of the mandala in the Celtic Cross or the rose windows in cathedrals. The therapeutic value of this design is most immediately evident in its use in adult coloring books, which can be used to alleviate anxiety.

While cancer patients tend to be the main focus of Darr-Hope’s program, Healing Icons, her website makes it very clear that art therapy can be beneficial to sufferers of any disease, and she offers regular classes to explore her theory. The current course, Creating Brave, can benefit the afflicted, their caretakers, their family, or anyone who feels there is something inside of them that needs to be soothed. And the art that comes out of these sessions has the potential to be shown at art shows at 80808 Studios.

Aside from mandalas, Heidi Darr-Hope is best known for masks, collages, and what is best described as shrines. She defines herself as a mixed media artist, and the shrines are busy affairs, composed of mosaic tiles, feathers, bells, or other material from one of the hundreds of plastic containers stacked to the ceiling of her studio. The hanging colors put me in the mind of Tibetan prayer flags, which is almost certainly intentional. On one occasion, Darr-Hope brought Tibetan monks to visit Columbia.

The next venture for Darr-Hope is a series called Incidental Findings. It started with a blind contour drawing that she developed while working with abstract painter Brucie Holler. She is also participating in this year’s Vista Lights, and will be among the artists whose work is featured during the 50th Anniversary of the South Carolina Arts Commission. Her work will be at Benedict College Henry Ponder Gallery in May of 2018. There is currently a plan to move 80808 to an unbuilt building behind One Eared Cow Glass on Huger. The proposed art colony, Stormwater Studios, hopes to be available in the new year. When she mentions moving, I take an exaggerated glance around her packed studio. “Good luck with that,” I say. She sighs loudly. “No kidding.”

Information about the art programs can be found at Healing Icons and Creating Brave. 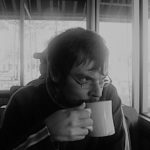 Matthew O’Leary is a writer from Columbia, South Carolina. His writing has been described as a casserole of early 90’s grunge, late 90’s nihilism, and the chunks of burnt meat at the bottom of the oven. He lives with a cat, but it’s not serious or anything.  He has had work featured in Gravel magazine, Birds Piled Loosely, and Fall Lines.  He is the author of Symptoms of a Teratoma, (Muddy Ford Press, 2017) 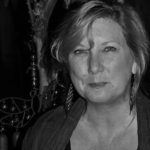 Cindi Boiter is the Executive Director of The Jasper Project.  She is a six-time winner of the SC Fiction Project, winner of the Piccolo Fiction Project, the Porter Fleming Award for fiction, and the 2014 recipient of the Elizabeth O’Neill Verner Governor’s Award for the Arts. She is the founder and editor of Jasper Magazine, The Limelight volumes I and II, A Sense of the Midlands, Art from the Ashes, and Marked by the Water,  co-editor and founder of the literary magazine Fall Lines – a literary convergence, author of Buttered Biscuits, and literary author of Red Social.  She also began an incredible publishing company – Muddy Ford Press – a family owned company dedicated to providing boutique publishing opportunities particularly to, but not limited, to South Carolina writers and poets. 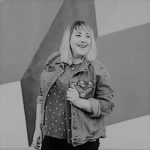 Alexis Schwallier – “I live to capture the whole, real, authentic story of your life and your love, artistically and uniquely. Breathing fresh air into wedding photography, my favorite people are progressive, open minded, fight for equality, appreciate love, art, concert going, books, dogs (don’t forget cats and the occasional hedgehog), binging Netflix, have a taste for travel and adventure, dance like nobody’s watching, and laugh at corny jokes.”